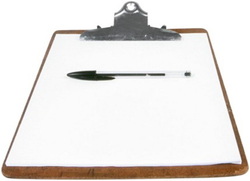 We presented this petition with nearly 2,000 signatures to standing committees of the Idaho Legislature during the 2010 session.  Here is some background on the petition and on the 2007 Idaho Energy Plan:

The 2007 Idaho Energy Plan was overwhelming passed by the Legislature in a consolidated 86-18 vote.  However, many of the key recommendations of the Plan have yet to be implemented.

Recognizing that the legislature is constrained by budgetary limits and that this will hinder many of the energy policies we would like to see advanced, the Collaborative hopes to create targeted momentum towards the implementation of the many no-cost recommendations of the 2007 Idaho Energy Plan.  We are also advancing education on general concepts related to energy policy that will get us a step closer to more robust policy advancements in future sessions and aid in speeding Idaho’s economic recovery by promoting energy independence and new jobs in growing energy sectors.

What if public schools were able to produce their own energy and either sell that energy back to the grid or arrange to net meter with their utility and save on their energy bills?  At a time when education faces serious cuts, allowing schools to produce their own energy and hold bond elections specifically for renewable energy equipment could ease the blow of funding cuts and create energy security for local school districts.  Legislation could start by initiating a pilot program, or could go further and allow full participation of all Idaho public schools.  Either way, this is a solution-based approach to helping our schools become self-reliant, while simultaneously reducing energy consumption from the grid.

A bill is being considered that would increase resources available for residential class intervenors to the Public Utilities Commission in rate cases and other contested dockets.  Idaho currently has $40,000 provided by the utilities for all classes of users, and residential users are severely under-represented in interventions to the PUC.  This bill would create an additional pool of money specifically for the residential class of intervenors.  Forty states have consumer advocate offices and these offices ensure adequate public representation of residential bill payers. The statute to which this legislation would apply specifically declares that, "all affected customers receive full and fair representation in those proceedings" (Section 61-617-A). This standard is not currently being met in the residential class of bill payers. Since the late 90's, participation by residential bill payers in rate cases and other cases before the PUC has dropped dramatically.  The funding for this additional class of customers would have zero impact on the state's general fund. Full participation by residential customers will help achieve reasonable and fair rates during this transitional time in energy costs. The bill would only grant funding for interventions when the intervening party is proven to be a significant asset to the case as a whole.  Such participation should be incentivized and encouraged.

The Idaho Department of Commerce presented legislation to the Interim Energy Committee this past fall that would have allowed cities and counties to bond for renewable energy and energy efficiency loans for private business and residences. Unfortunately, this bill has constitutional issues associated with prohibitions on cities and counties incurring indebtedness.  However, finding low-interest, upfront financing for renewable energy and energy efficiency equipment remains a significant barrier to energy independence through distributed generation.

In New Mexico, the legislature passed a bill called the Solar Assessment Act.  This bill allows counties to create special assessment districts for solar energy improvements so that homeowners who secure private loans can attach those loans to their property and pay them off through their property tax assessments. Such legislation helps homeowners to overcome the relatively high up-front costs of a photovoltaic or solar thermal system and gives banks a secure repayment plan.

Other options for facilitating energy related financing do exist. For example, loans related to energy could be integrated into state bonding authorities like the Idaho Housing and Finance Association (IHFA), or changes could be made to allow for loans through urban renewal districts via the Urban Renewal Agency (URA).

The 2007 Idaho Energy Plan specifically states that targets should be set for energy efficiency achievement among Idaho’s investor-owned utilities (IOUs), and that shareholder incentives should be established to help utilities meet those targets (recommendations E-2 and E-4).  While Idaho Power is engaged in workshops to evaluate such incentives, there has not been a uniform and broad-based effort to implement these recommendations in a way that would ensure full utility participation.  Legislative action could be taken to: 1) Set efficiency and conservation targets for Idaho’s IOUs and 2) Instigate development of incentives for the utilities beyond cost recovery by the PUC. The legislation would not need to specify which incentives should be used, but could ask the PUC to consider the issue in application to all Idaho utilities (likely through a workshop or evidentiary hearing).  Incentives could include: Recovery of revenues lost due to reduced sales resulting from conservation investments; capitalization of conservation expenditures; a share of the net societal benefits attributable to the utility’s energy efficiency programs; an increase in the utility’s return on equity for each year in which savings targets are met.